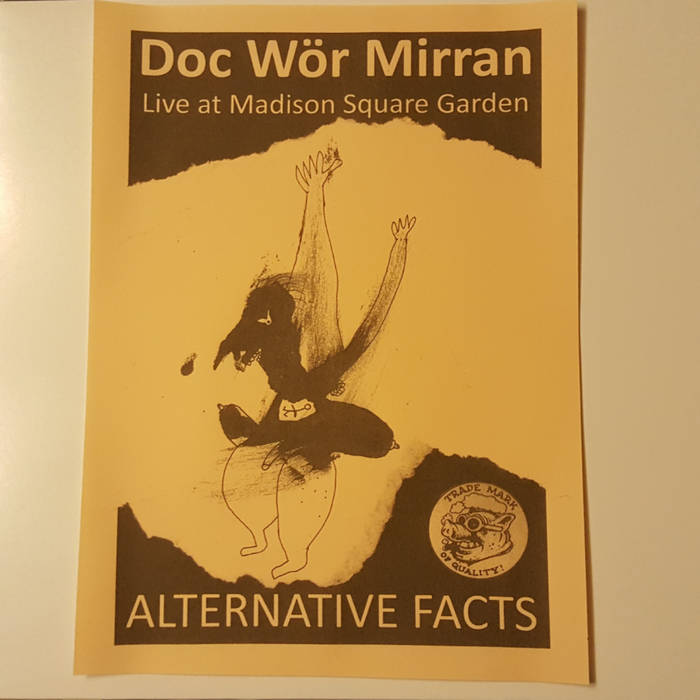 What the hell? Recorded live in 1972 in New York at Madison Square Gardens? Frank Zappa, George Harrison and Charles Bukowski among the guest stars? And produced by George Martin to boot? Did DWM really write a song called "Good Loving Gone Bad" and play "Freebird" as an encore? Alternative facts! If Donald Trump can change reality as he likes, so can we! But facts are facts, and we can't change the fact that this was recorded live on October 14th, 2017 at the Provino Club in Augsburg, Germany. Made to look like one of those classic bootleg LPs from the 1970s, complete with unprinted labels and photo-copied cover, about the only thing on the cover that is not an alternative fact are the pictures of DWM on the back in their hippy period. One hundred and four pressed, with a limited numbered edition of 23 copies including grass from Madison Square Gardens. Oops, sorry, no, it's just normal plastic grass. It's just so easy to fall back into alternative facts!

On this recording DWM was:

Recorded live on October 14th, 2017 at the Provino Club in Augsburg, Germany.

Special thanks to Sascha Stadlmeier