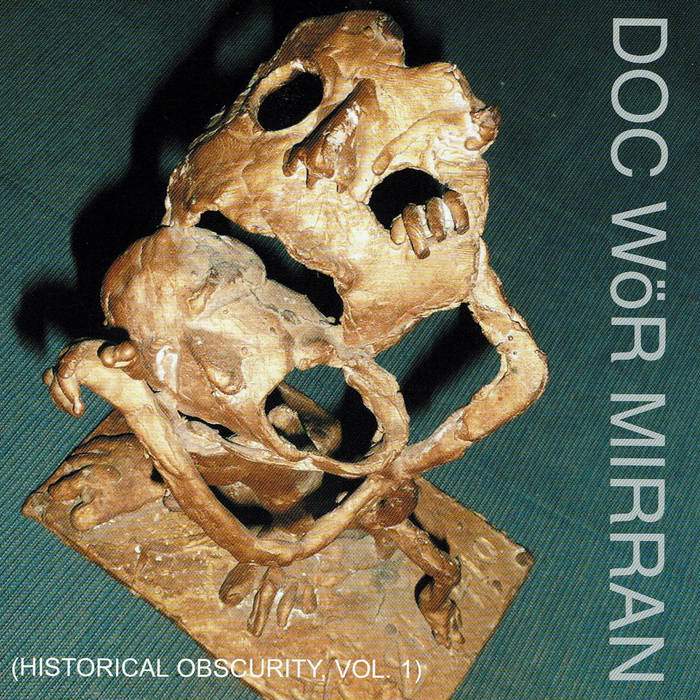 Twenty-five years to the day after the release of the very first DWM release (see early cassettes), DWM releases this re-mixed and partially re-recorded version of their classic cassette-only release. Part one of Historical Obscurity, a series of releases that will feature new versions of old, out of print tracks. Originally recorded in San Francisco when DWM was based there, many of the very experimental tracks were assignments for an electronic music class that Joseph B. Raimond was taking at the time. Cover includes photography by Jeandra Raimond of a bronze sculpture by Joseph B. Raimond that was inspired by the original cover art. Besides the original line-up of Joseph B. Raimond, Bernard Worrick, Rich Ferguson and Frank Abendroth, it also features on the new recordings input by Ralf Lexis, Peter Schuster and Jeandra Raimond. The original cover art of the cassette is also included in the cover.

Originally recorded in the fall of 1984 at San Francisco State University except "Avacado Marketing Techniques" #s 1 and 2 which were recorded in the summer of 1982 in Giessen, West Germany and remixed at S.F. State. All pieces utilize various methods of musique concrete and/or a Buchla patch-chord modular synthesiser.

Thanks to Volker Stewart and Anatol Sucher.

Special thanks to Donna and Bernard.

Originally released in 1984. Remixed and re-recorded in Fürth, Germany from 1995 to 2009 at Two Car Garage Studios. No rights reserved.

This is DWM release number 107