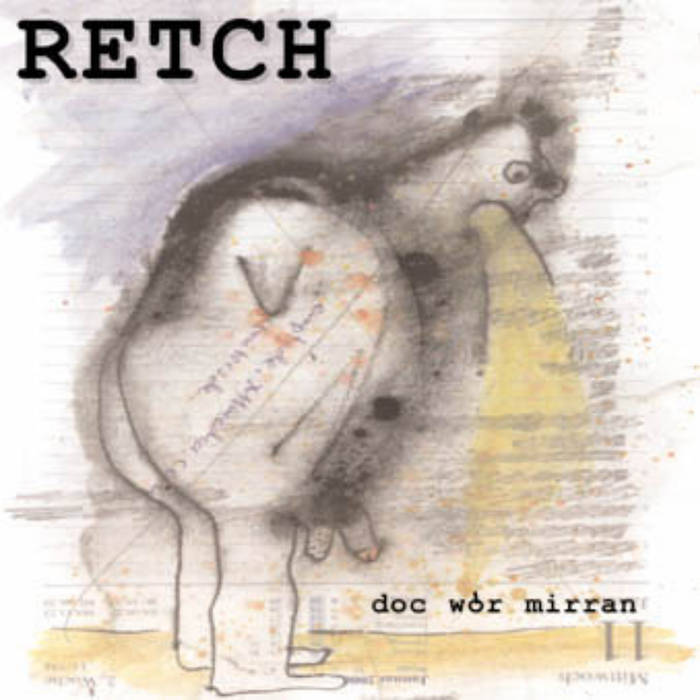 For the most part, Retch is a collection of instrumental DWM outakes and spare tracks. They were thrown onto the master without much thought to order or flow, and many were perhaps even considered unfinished at the time they were recorded. You’ll hear that wonderful invention of analog recording techniques, tape hiss, on some of the tracks, betraying the fact that they were recorded on our old analog 8 track, which died years ago. Take it or leave it, Retch is what it is. Most of the last half of tracks were originally slated to become part of our aborted DWM/Motorpsycho collaboration project “Music From The Back Seat Of My Fjord” (thanks Jeannette for the great title). Other tracks were slated to become part of a new DWM studio album that just sort of lost steam. By the way, the spoken word intro to “Trekno”, recorded a few hours before he actually left, was the last thing Bernard H. Worrick recorded before moving to Florida and into Wal-mart oblivion. Recorded for the most part in Fuerth, Germany, some individual tracks were also recorded in Adine, Italy and Berkeley, California.

This recording is dedicated to Peter Falk