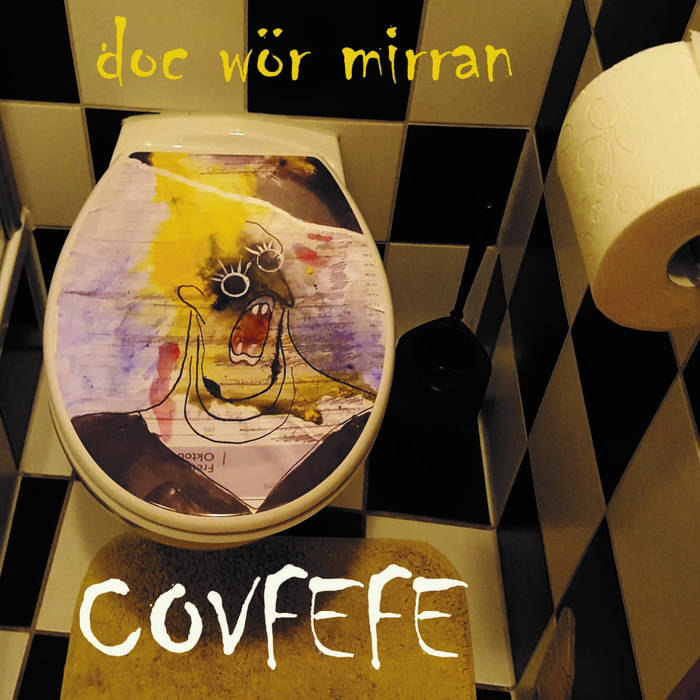 Although Doc Wör Mirran doesn't really consider itself a political band, it is hard not get influenced, and yes, inspired by the stupidity of the world these days, especially by the Orange Anus currently residing in the White House. When he tweeted his infamous "covfefe" tweet, DWM felt so inspired, that those seven, simple letters evolved into the new, eleven track DWM studio album from 2017, featuring the new studio versions of many of the tracks that were featured at their concerts and the resulting live albums.

Special thanks to Kevin Worrick and Conny Eirich for
photography and toilet seats.

This is DWM release number 172